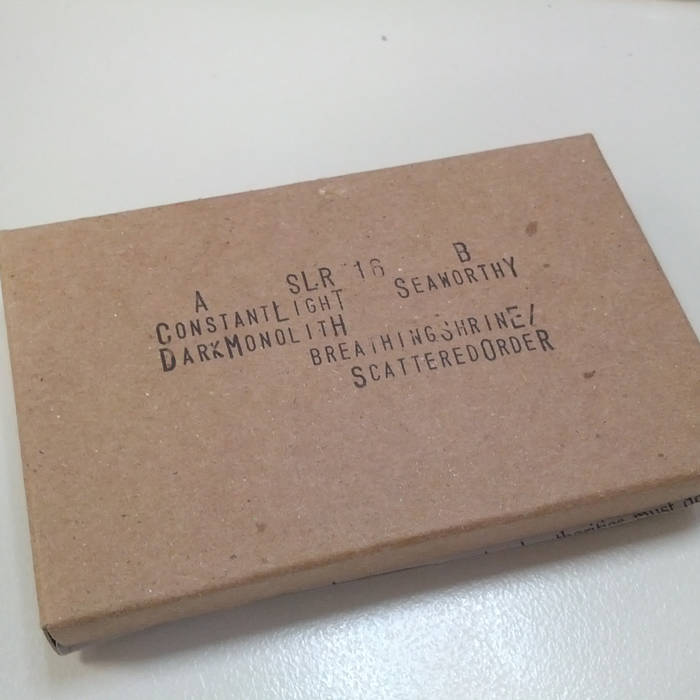 The Art of BLEEP!

This is a weird recording, not least because it’s meant to be a collab between Breathing Shrine and Scattered Order. Listen to it, and you can’t help but feel like Scattered Order is missing in action a bit here, but maybe they’re working in puppy frequencies that I cannot register anymore. I wouldn’t put it past the crazy bastards. But meditate on the dynamic for a little while, and you’ll probably realise that you don’t actually know what it is Scattered Order are meant to do.

Either way, the whole idea of this collaboration is immensely appealing, combining as it does the staunchly *physical* sway of a metal-influenced duo (Breathing Shrine) with one of this country’s most important and enduring post-punk groups. Scattered Order still kinda operate like they’re trying to figure stuff out, which is an utterly amazing thing. Several years ago I wrote a negative review of their “comeback album”, and I still immensely regret my response to it. Not because I’ve discovered that the record is incredible, but more because, nowadays, Scattered Order seems more like a process. They’re experimental in the purest sense of the term: always willing to see what will happen. Sometimes you want it, other times you don’t. Either way, they’ve got guts, and this is waaay out of their (from my point of view) comfort zone. Meanwhile, your Dad loves the new Wire LP because it reminds him of his youth.

‘The Artificial Sympathetic Eye’ is from a new tape through Second Language, which also features soothing sonic outings from Constant Light, Dark Monolith and Seaworthy. I haven’t heard the whole thing, but anything with the words Seaworthy, Order and Scattered is usually worth listening to, so… yeah, go forth and buy.


VITAL WEEKLY REVIEW
SLR016 (cassette by Second Language Records)
A compilation from Australia with four bands, two of them clocking in at ten minutes and two at just under fifteen. Dark Monolith I don't think ever made it to these pages, the other bands did. Constant Light open up here with a fine piece of darker than life ambience, of humming analogue synthesizers and likewise old sound processing devices. Cosmic music anyone? No, not really. This is just black hole music. Very nice. On this side we also find Peter James and Zac Keiller, also known as Dark Monolith, who one afternoon last year recorded 'field recordings and drones' of a more lo-fi nature. This reminded me very much of older New Zealand music, rusty drones captured by a microcassette, cleaned up on the computer. A particular fruitful afternoon that was. Seaworthy are perhaps the best known band from this lot, from a Vital Weekly perspective, for he had releases on 12K. Maybe it's because it's on a cassette, but it seems to me that he's in a bit more noisier mood than usual, and could perhaps easily be lumped in with Dark Monolith with some almost violent ambient drone onslaught. Excellent change-over! Scattered Order might be the most well-known band here, but no doubt of a different generation, and here team up with a band called Breathing Shrine, whom I actually don't know. The loud drone mood is continued here, and doesn't that much like Scattered Order (as far as I know them!), but it's in turn the heaviest slab on this fine cassette. I normally don't like compilations but with such lengthy pieces its always easier I guess, including the nice music. Obviously. (FdW)

Track three:
Recorded and mixed at the Wooden Palace. All noise by Cameron. environmentalsounds.blogspot.com Twitter: @woodenpalace

Bandcamp Daily  your guide to the world of Bandcamp